When something meant to be yours it finds its way back to you. Coming back from a delightful trip from Mooloolaba last year, I’d left these glasses under the pram and the pram was checked in.
Arriving at Melbourne airport, I obviously lost them. Then I tried my luck with the Virgin desk. To my surprise they looked and found them. Wow, what a relief that was. Got the cab home with a very rude driver and this time dealing with two grumpy kids, I left my glasses behind in the cab. Well, that’s what I thought until yesterday. There was a heavy couch on the balcony which I decided to get rid of yesterday and upon moving this giant furniture, Bilgin found the long lost, my most special sunglasses. So, for almost a year they’ve been sitting there in all sorts of weather conditions and they still survived.

You might say ‘what’s the big deal, only a pair of sun glasses’ but trust me they are much more than that. You put them on and it feels like you have the happiest, most cinematographic filter on, on the whole world and they sit beautifully, most comfortably. Thanks to my sister in law, the best present I’ve ever received. 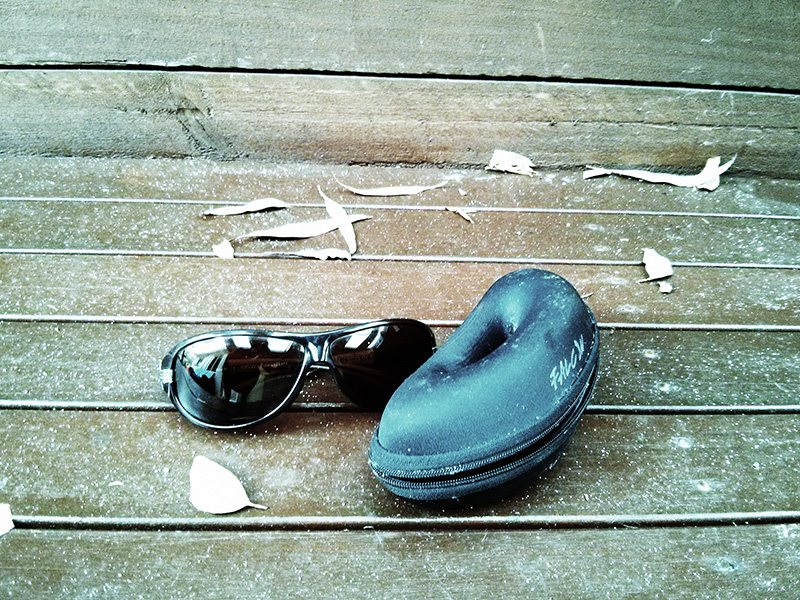